Folded over the span of two days.  Pretty simple units to fold, but difficult to put together because they do not lock very well.  Folding instructions for the unit can be found on Nick Robinson's website.  It's a nice unit that can be used to fold both 2D and 3D models.  I will fold a few flat models later, but here is a 3D one for now. 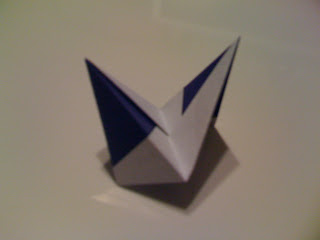 Very simple unit.  Needed 30 of these.
The units fit together in groups of three.  I am usually an origami purist, but tape/glue would have made this a lot easier. 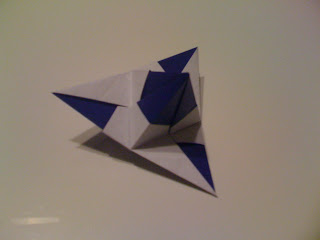 One ah-ah-ah, Two ah-ah-ah, Three ah-ah-ah...
The final model looks good and seems pretty solid now that all the pieces are in place.  With an acute angle formed between each spike, it locks the units together pretty well. 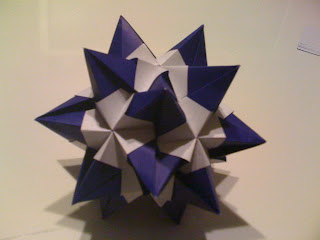